Make a multiscreen Cheers together 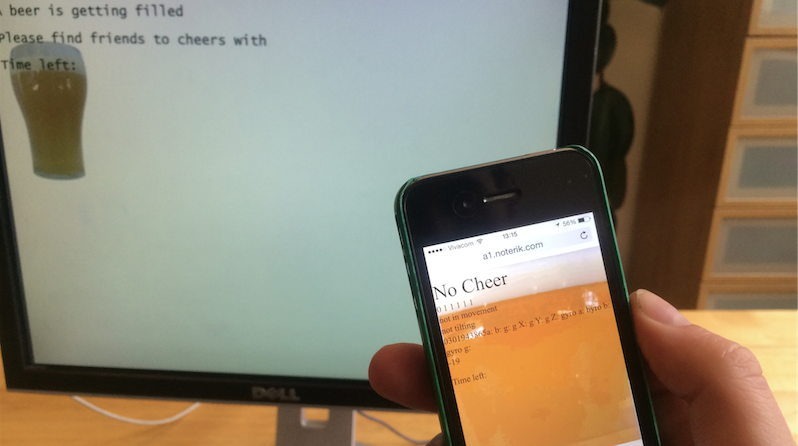 Are beer being filled on your phone

When the beers on all the mobile phones are filled the participants are asked to cheer toghether by moving the phone up in the air. At the moment it shows also a moving up animation on the main screen.