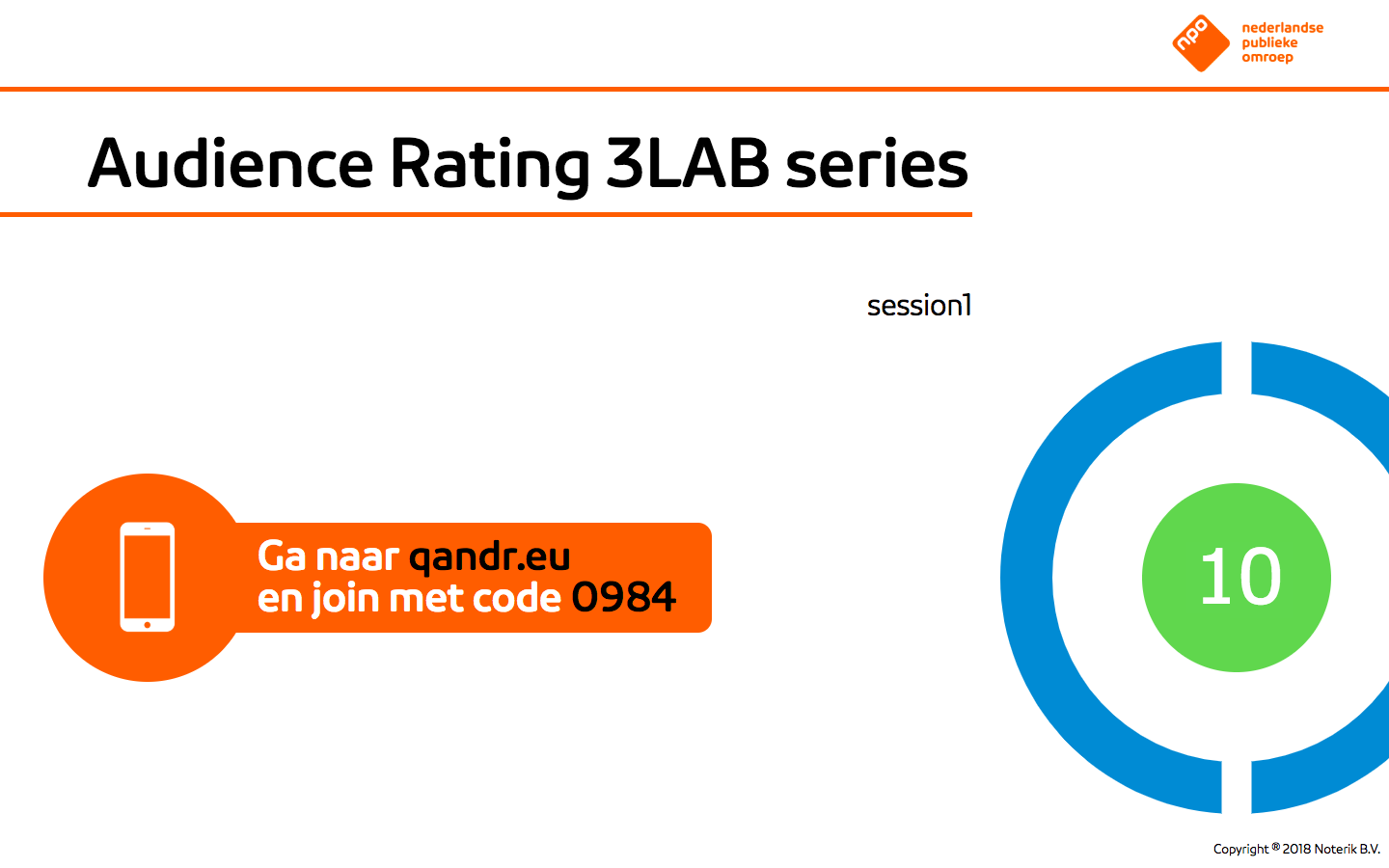 In NPO’s 3LAB Serie Contest, five pilots created by young homegrown TV makers are in the running to be selected for development into a full-fledged drama series for the NPO3 TV channel. Apart from being assessed by a professional jury, the five pilot episodes were also evaluated in two groups of ten young adults each.

Using QANDR, respondents were first queried about their general viewing behaviour. Then, after first watching each episode, QANDR was used to allow every one to give their individual opinions in a mix of uninfluenced questions and intuitive group visualisations, and jointly discuss the merits of each TV show. Polling, grading, pointing, and word clouds provided a variety of ways for respondents to express their views (pun intended). QANDR’s model of using smartphones as remote controls of centrally visualised responses, mixed with the moderated verbal discussion, tends to ensure that respondents’ attention does not drift, but intersecting the session with playful QANDR elements added even more variation to the fairly long sessions.

The end result was a clear audience verdict, with the winner of the contest to be announced by NPO shortly.

Update: and the winner is…

“It is interesting to note that QANDR can be used in both small (n=10) and very large groups (>100). Application and effect differ, though. In small groups, the tool is primarily used to collect information, whereas in large groups it helps to bring information across.”
Simone Mutsaers, Researcher – NPO