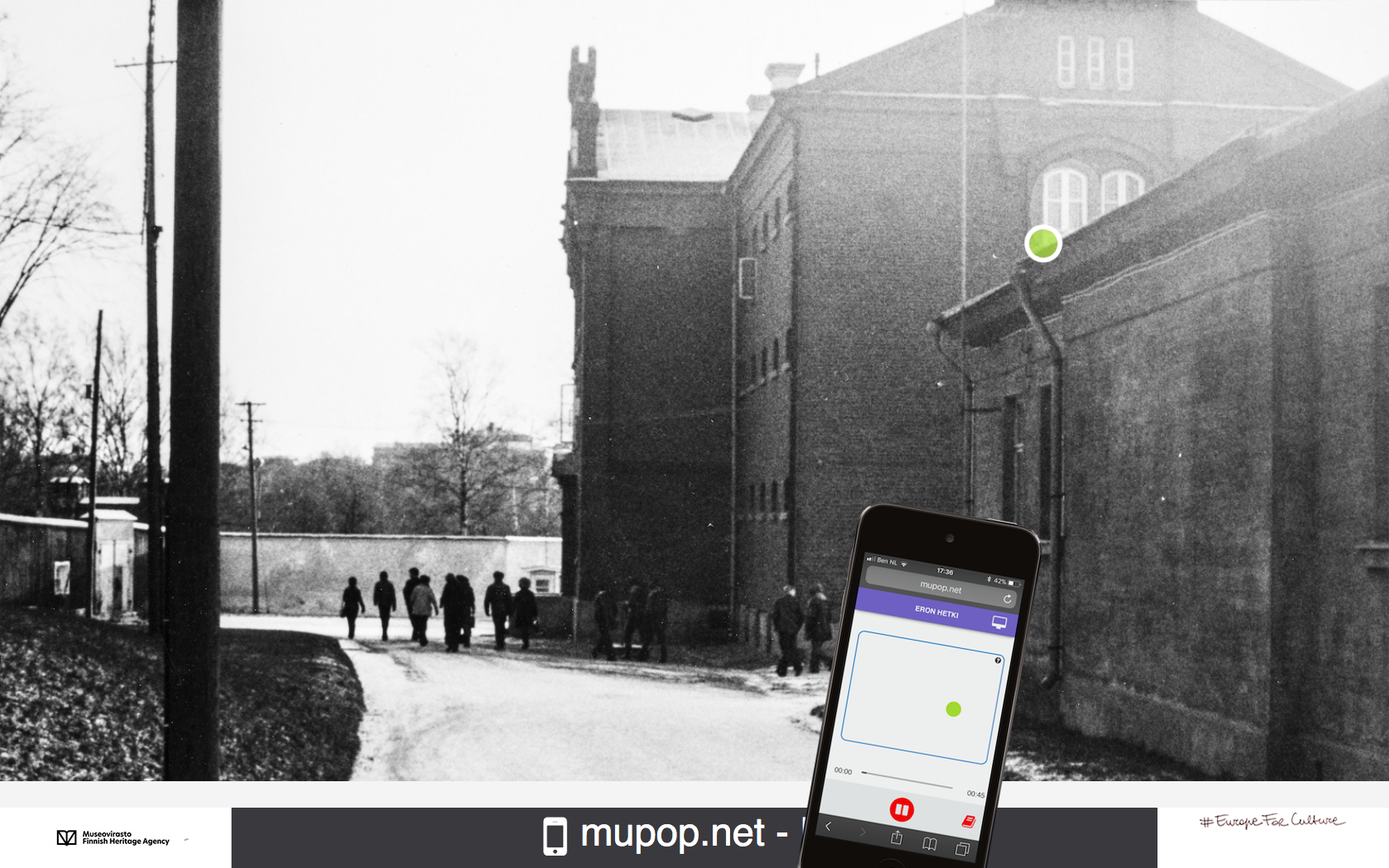 Noterik and MuPop, its tool to create interactive exhibitions, were recently part of a powerful experience in the prison museum in Hämeenlinna, Finland. In a preparatory workshop for an exhibition on life and work in the former prison that now is the museum, ex-inmates and ex-guards came together to share their unique and intimate stories, that were then recorded as part of the MuPop exhibition. The exhibition, showcasing their stories as well as photographs from the prison days, can currently be seen in the museum, and is part of the WeAre#EuropeForCulture project that delivers a series of pop-up exhibitions in 2019-20 in ten European countries, to celebrate the diversity of European cultural heritage.

MuPop allows visitors use their smartphone to browse, view and listen to an exhibition on one or more screens,  and features a range of different interaction models, two of which were used in Hämeenlinna. The first, classic, one is the ‘deck of cards’, where visitors can swipe through a range of images representing chapters or themes, and then explore each chapter in greater detail – viewing and zooming into images, and listening to the accompanying narrative. This provided a great way to showcase the collection of photographs from that bygone era, enlivened by the audio narrative.

The second interaction model features a single photograph with ‘audio hotspots’, that each tell a specific audio story. Visitors use their smartphone as a remote control, moving a dot on their phone that instantly moves a corresponding dot on the screen. Once the dot on screen reaches a hotspot, the audio story starts playing.
In this case, a photograph was chosen of the poignant moment of relatives leaving after their visit, leaving the prisoners to their desolation. Visitors go on a journey of discovery, find the hotspots and listen to interviews of ex-prisoners and ex-guards. The interviews were recorded on the spot during the workshop, and uploaded to the MuPop exhibition. For most of us present, the stories were incomprehensible, as they were in Finnish, but one could not help being moved by the emotion that could be clearly sensed in them. A great demonstration of how co-creating a MuPop exhibition can be used as an associative model to uncover the deeper narrative.