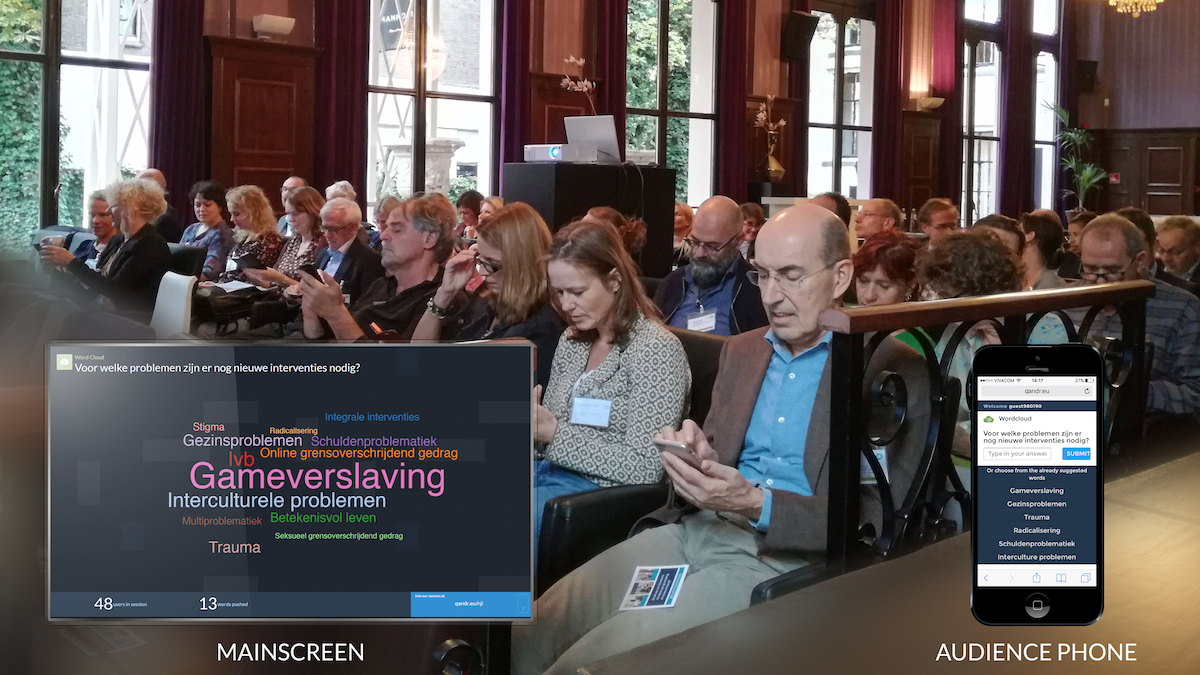 QANDR was recently used to spice up a meeting of professionals in the fields of youth and mental health care and the justice system where the new website of the Dutch Committee for the Recognition of Judicial Interventions was launched. All in real-time, with the audience using their mobile phones to interact with the main screen.

“A playful way to actively involve the audience in the content.”
Marie-Christine van der Veldt of the Netherlands Youth Institute
Secretary, Committee for the Recognition of Judicial Interventions

At the start of the meeting the chair woman asked people to use their phones to point to a picture on the main screen, to indicate the organisation or field they represented. This went quite well and proved to be a nice introduction. Next, a few poll questions and word clouds were pushed to people’s phones, allowing them to select answers and enter keywords, with the results being displayed on the main screen in real-time, allowing the chair women to point out and discuss the various responses.

In the middle of the meeting, the audience was engaged once more: by using a trackpad on their phone, and move their pointer around on the main screen, they could collaboratively erase the screen to reveal the new website that was being launched. This went well, albeit somewhat swiftly with that many people. The meeting was concluded with more polls and word clouds, as a prelude to a plenary discussion.

All in all, in spite of some technical hiccups related to the application as well as the local internet facilities, it was a very engaging meeting where QANDR clearly generated insights that in a regular setup (without using QANDR), would have not been so easily discussed.